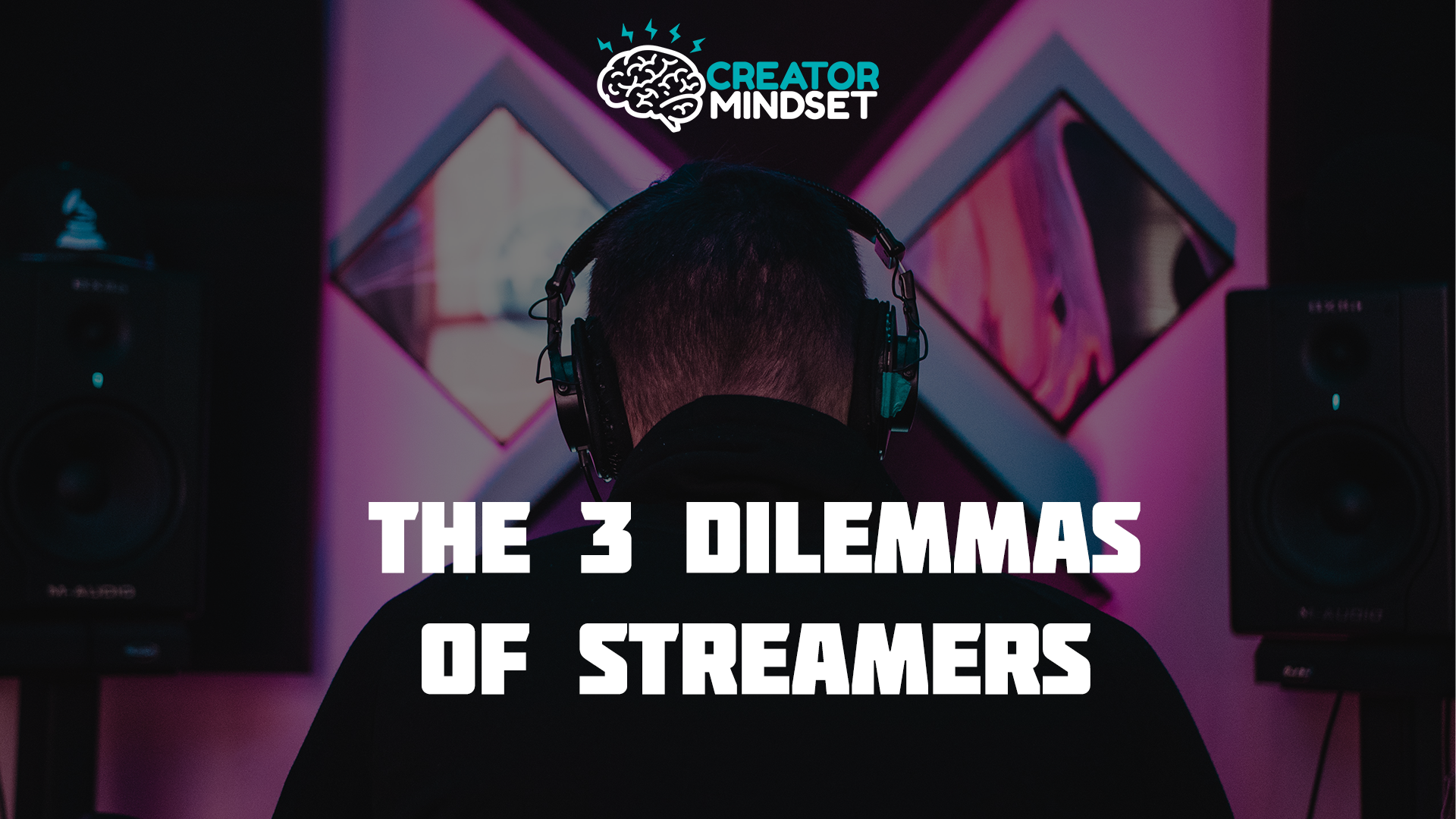 We have partnered up with Artlist to give you the best hand-picked music and SFX.
Join now to receive 2 free months 🎧
0%
100%

Streaming games online sounds like a no-brainer at first, but doing it for a living can be quite complicated. Gimbl.gg’s CEO – Dan Biton is optimistic that the tool will help millions of streamers solve the 3 dilemmas when it comes to streamer differentiation, audience engagement, and content monetization.

We are living in an era where anyone who has ever held a camera thinks they could be an influencer. On live streaming platforms like Twitch, Youtube and Facebook, we are watching new stars being born every day. Being able to follow someone from their first few views to the millionth views has made the idea of becoming a popular streamer feel somehow achievable. As a result, we are having almost 10 million Twitch streamers in January 2021 according to Twitchtracker. Good news for the audience: they have more options than ever.

Unfortunately, for broadcasters, it is an uphill battle getting noticed and building their own community. Over the course of 7 years, the number of average viewers per streamer has dramatically halved from almost 50 in 2013 to about 25 in 2020. And this decline is not going to stop any time soon, as the viewers are now turning to become streamers too.

The 3 dilemmas of streamers

Broadcasters in this industry are facing these 3 dilemmas: quantity or quality, engagement or game, and speak or starve.

For newbie streamers, the most common advice would always be: stream frequently and for long stretches of time to maximize the chance of being discovered. Seems like winning on a crowded platform like Twitch now boils down to producing the most content possible. In fact, the way Twitch is designed doesn’t encourage streamers stepping away from the screen. The more views your stream has, the higher up in the list it could be. Many streamers have reported huge losses of viewership after taking a break, whether it’s a 15-minute break for lunch or a month-long pause for some self-care.

Grinding is key - it's true but not enough. While Quantity does matter when it comes to traffic, Quality, on the other hand, is critical for audience retention. Doing a lot of what we don’t yet do well is ruining content. This explains why many streamers are doing this for a straight 2-3 years or more without reaping any results.

In an era where a viewer has 7 million channels to watch, why should they spend on yours? Not because you are always there, but because you provide them with added value. It’s good to slow down every once in a while and reflect on how you could differentiate yourself. That would guarantee long-term success.

Being a streamer, for the most part, is being an entertainer, meaning people come to a stream seeking the streamer’s personality and connection rather than the gameplay. Without interaction, a viewer might easily drift off to something else that’s popping up on the notifications of their other social media accounts. What’s worse is they won’t even remember watching your stream before. Audience empowerment is key because it makes people feel valued and keeps them coming back.

With that being said, don’t get loose in the game and expect everyone to be nice. Twitch chat has the notoriety for being toxic. Very often on big streamers’ channels, the Twitch chat turns into a shouting contest full of hate speech and misogyny.

As a streamer, you’ll want to find the happy medium between engaging with the viewers and being focused on the game. Ninja balances this really well and that’s why he is who he is nowadays.

Streaming has ranked up in kids’ dream job list, but that doesn’t necessarily mean it’s an easy path. The most aching problem for most streamers must be content monetization. Out of nearly 10 million Twitch streamers, there are only 45 thousand Twitch partners, which translates to a trivial 0.5% broadcasters being able to live off streaming. For the majority of streamers out there, it’s a tough game.

Behind every piece of content we are watching on Twitch is a content creator who puts a lot of time, efforts and resources to produce it. Historically, content creators had relied on doing shows or selling copies of their art to make a living. Unfortunately, with the emergence of YouTube and the likes, we get used to the idea that content is to be consumed without giving anything but our time and attention. As a result, entertainers can no longer sell their content directly, since nobody is willing to pay for it.

So for the 99.5% streamers out there, how would they monetize their content now? They are faced with one option: ask fans for support. This strategy doesn’t always come off right either. Across gamer forums, fans are complaining how turn-off it is when streamers keep begging for donations, or when big streamers put on their “obligatory, poorly choreographed thank you” following a donation.

On a platform where the audience is everything like Twitch, the last thing you want is viewership loss. Monetization should be thought of in a way that complements the content of the stream and is meaningful to the audience.

In this climate, more and more startups are bringing their disruptive tools to the market, hoping to help streamers solve these problems. The solutions range from live production services, chatbots, analytical tools, engagement platforms, monetization tools to streamer academies. We caught up with Dan Biton, CEO of French startup Gimbl.gg, to discuss how their solution could add a building block in this landscape.

“We want to bring to the market a tool that helps streamers handle the 3 dilemmas they are facing: how to monetize their content while retaining the audience better and differentiate themselves from the pack? We aim to move the audience from the passenger seat to the driver wheel, turning the live stream from a mostly passive experience to an active and rewarding activity” - Gimbl’s CEO shared their missions.

Gimbl is a fully automated engagement and monetization system for Twitch and Youtube streamers. On Gimbl, the audience can send pre-defined in-game Challenges to their streamers in exchange for a donation to be unlocked upon the challenge’s completion. Another feature to be launched in February/March 2021 is Predictions, which allows viewers to predict certain outcomes of the streamer’s game and gain Golds for their correct guesses to redeem for loots (e.g. gaming points, shopping vouchers).

“Gimbl increases the quality of your stream by adding a layer of meaningful interactivity on top of it. You don’t need to stream all the time. With Gimbl, we make sure every time you’re there, you bring anticipation to your audience” - Dan explained. “On Twitch, your fate is in the hand of the audience and Gimbl literally makes it become true.”

On the topic of engagement or game, the solution by Gimbl makes a lot of sense too. “Streamers using Gimbl reported an increased level of interactions in their chat. People are curious about the skills of the streamer; their competitiveness kicks in; they are eager to see the results, etc. This is especially helpful for pro streamers who are sometimes too focused on the game and not talkative. With Gimbl, you can game away and the chat is still up”, Dan said.

“A funny story is we once got a streamer who just started to play Fortnite and was not yet a pro at it. But she received 9 Challenges in a row! As she failed the challenges, the chat gave her encouraging words and pushed her forward. Happy ending: she finally did it”. The sweet thing about this challenge system is that sometimes it’s not necessarily about winning challenges, but about having fun with your audience, working towards a goal and keeping getting better at the game. “Stream doesn’t have to be a comedy show to be engaging. Driving your audience to take simple actions can make it a lot more fun” - the CEO added.

Finally, it’s quite straightforward how Gimbl gives streamers the way out for their “speak up or starve” dilemma. The tool gives viewers incentive to donate, in the form of conditional tips for successful challenges. Streamers using Gimbl have an additional revenue stream. “We’d like to think our Gimblers are the sexy risk-takers who work hard for their donations. And the viewers would feel more satisfied too, as they now have an added value to their donations.” - Dan said.

Gimbl.gg is currently supporting major esports games like League of Legends, Dota 2, Overwatch, Fortnite, Apex Legends, PUBG, TFT, and Rainbow Six Siege. The team’s number one priority is bringing more games to the platform to empower variety broadcast streamers. Another big focus is to add more features to allow more immersive streamer-viewer engagement. In a couple of weeks, Gimbl will be launching Predictions. “Similar platforms exist, but what sets Gimbl apart from the competition is that it’s a free-to-play platform, which rewards users for their active participation in the community they cherish” - Gimbl’s CEO emphasized.

👇 Check out our further articles:

Tips for Being a Successful Gaming Twitch Streamers 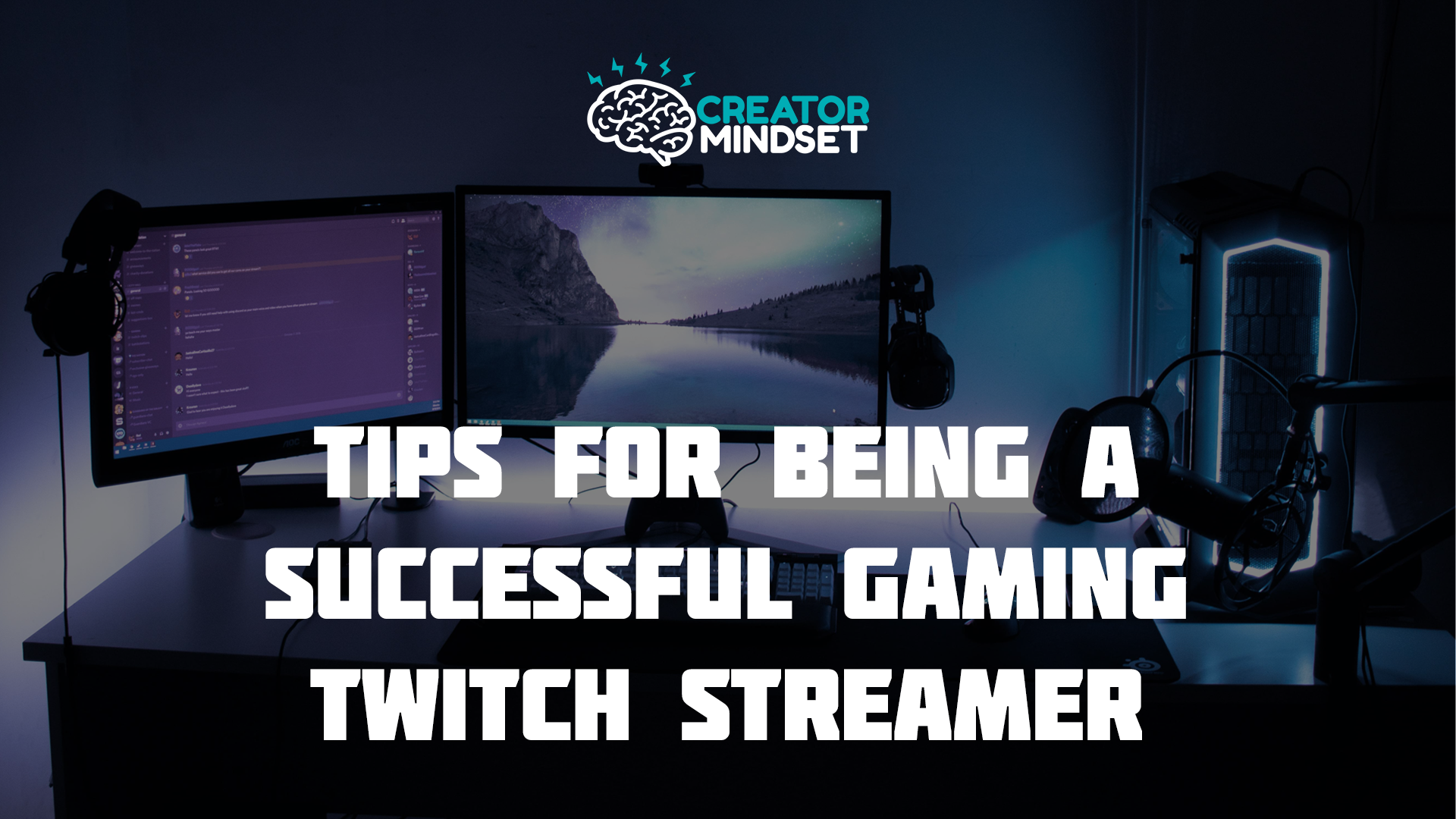 Twitch, a streaming platform that Amazon owns, has now become more popular than ever! Twitch boasts of getting around 40 million monthly viewers from all over the world, specifically by individuals who love watching other people stream how they play games, conduct talk shows, and play music. 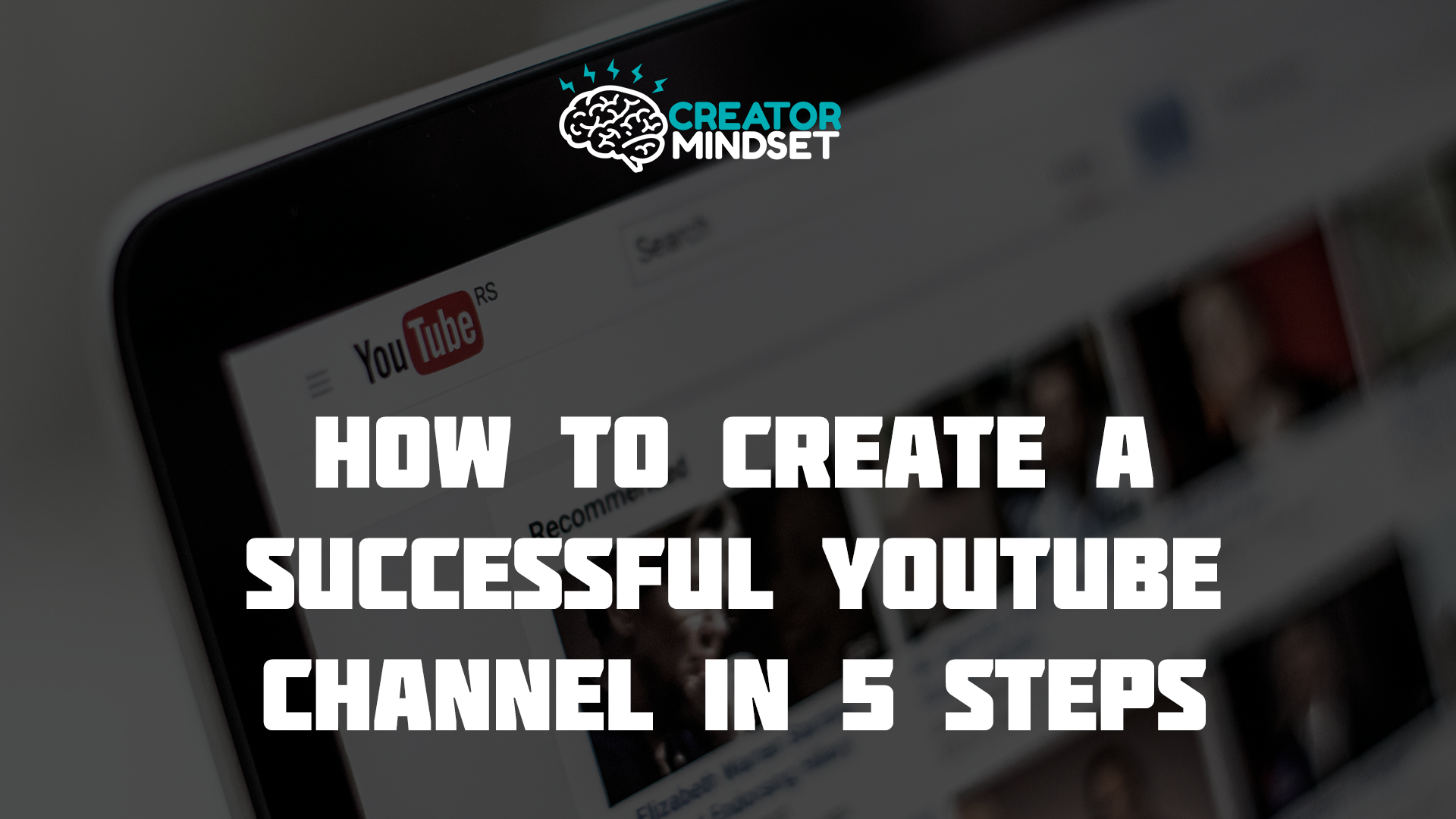 YouTube is one of the most popular and fastest growing social media platforms in the world. With over 1 billion users, YouTube has also become a great place for people to share their talents with the world. 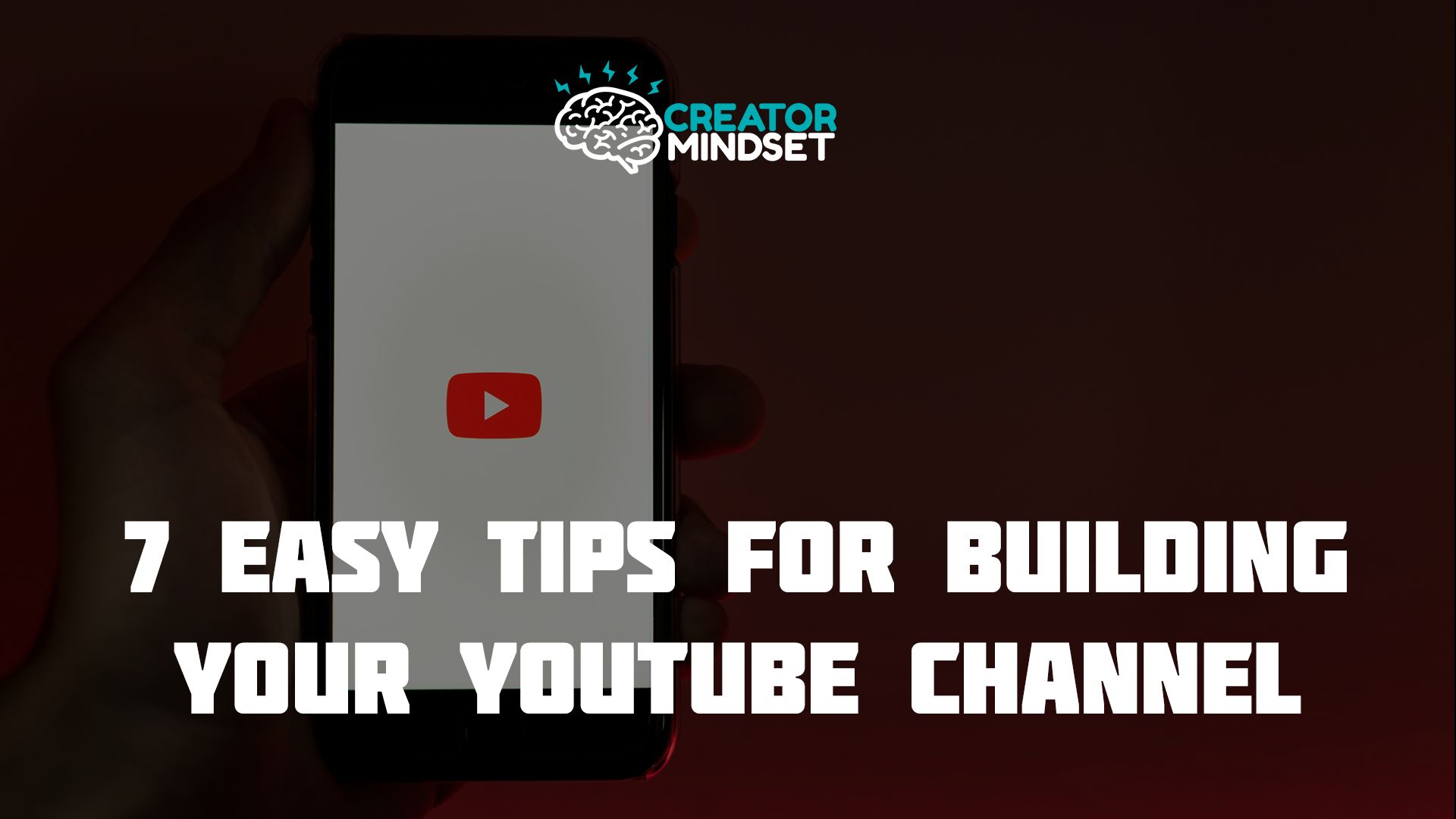 You have a video camera. You know how to upload, edit and share videos on social media platforms such as YouTube. But what should you do now to grow your channel?